In a long marriage the wife was provided with an increased share of the parties’ assets on the basis that the husband had subjected the wife and the children of the marriage to ongoing domestic violence. The wife and the three adult children gave evidence.

There was a lack of medical evidence.

The wife gave evidence that the domestic violence started “within four weeks of the marriage when … the husband slammed [her] against the wall”; “the husband kept the televisions locked in his bedroom”; “daily arguments were always inevitably followed by the husband hitting, punching, kicking and even spitting on the wife”; the husband “made her sleep on a camp bed in the family room for years” and there were a number of physical assaults (para 38).

The adult children gave evidence about the violence inflicted on them by their father.

The evidence given by the family was of them living in a household where they were constantly on edge and in fear of the physical or emotional violence that the husband would enact upon them without notice and with a level of frequency that must have been horrific.

The wife received an adjustment of property in her favour accordingly.

This is legal information only and not advice. 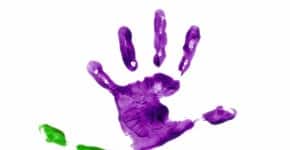